How to Get to Manila City Hall: Map, Commute, Directions

A missing piece of directions to the Philippine capital city: Manila

Manila City Hall is located on Burgos Avenue, where it connects to Taft Venue and near Liwasang Bonifacio, Post Office Building, Mehan Garden, Arrocerros Park, and SM City Manila (behind) and across Intramuros (side of Pamantasang Lungsod ng Maynila (PLM)) and (quite a) walking distance to Rizal Park and Manila Ocean Park.

How to get to Manila City Hall (with it's iconic clock tower as identifiable landmark):

How to commute to Manila City Hall: 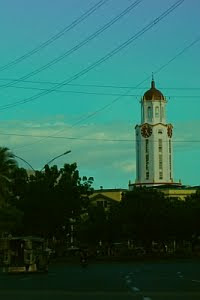 Via LRT, the nearest is from LRT Central Terminal where you only need to walk to Manila City Hall. This is easiest from
Baclaran (or Cavite) from the south or Roosevelt/Munoz in Quezon City or Monumento in Caloocan City.

From Antipolo or Marikina, fastest is via LRT 2 Santolan Station, alight at Recto station then walk on the pedestrian bridgeway to transfer to LRT 1 Doroteo Jose station.

There are numerous jeepney routes passing here from Quezon City: Project 2/3, Project 6, Project 8, Cubao, Fairview. Even the jeepneys bound for Sta. Cruz and Quiapo pass by either to Dapitan or Dimasalang or Blumentritt. From Sampaloc, you can ride jeepneys to Taft Avenue, Kalaw, Remedios, Vito Cruz, Mabini, Herran, Buendia, Rotonda, Baclaran.

From Quezon City, the easiest (but not the fastest) is via Quezon Avenue, all the way to Mabuhay Rotonda, Espana, Lerma, Quezon Boulevard (Quiapo), Quezon Bridge then pass Manila City Hall, make a U--turn over Lagusnilad Bridge then turn right to Manila City Hall to look for parking behind the government building or even at SM City Manila.

From Makati, it's easiest via Buendia then turn right to Taft Avenue until you see Manila City Hall (again, not the fastest)