A little known story about the Manila-Acapulco Galleon Trade, when Manila became the trans-shipment point between China, Mexico and Europe, came with the trade of plant, trees, fruits (and pests) where The Philippines gave Mexico tropical fruits including the "mango de manila" (Trivia: the Manila mango brand popular in the US is owned by Mexicans and not Filipinos?) and the sampaloc (tamarind). In turn the Mexicans gave Filipinos the sweet potato, maize (corn), chico, chayote (sayote), guyabano (sour sop), muntingia (aratilis), chico-mamei (common in Paete), cacao (where chocolates came from), camachile, poinsettia, cotton and tobacco. 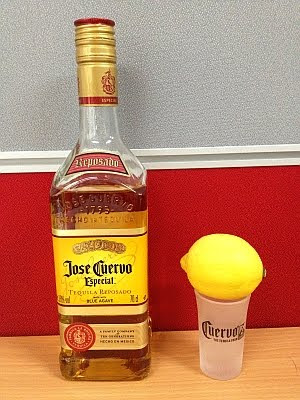 Now, did you know that the world famous Mexican tequila, in its present form, was made possible using Filipino technology to distill the spirit from fermented sap of the agave plant in the 16th century?

The Filipinos, who came to Mexico via the galleons in the 16th century settled in the hills of Colima, were brought there to establish coconut plantations. Probably because of boredom, they started making coconut wine (lambanog) from fermented coconut sap (tuba) like how they did back home.

The practice of making coconut wine was outlawed by Spanish authorities in Mexico in the 17th century and the people resorted to agave plant sap distillation using the same Filipino technique that's easy to conceal and avoid detection: the mezcal was born.

The first historical record of mezcal is 1619, a variant of which was later renamed tequila, after its place of birth (Tequila is now part of the Mexican state of Jalisco).

Tequila grew in popularity in the late 1940s when the Margarita, a cocktail blend of Tequila, lime juice, orange liqueur, and ice was invented.

Tutubi first came to know of this years ago from a certain yahoogroup on Philippine history and early writings alleging that the famous Tequila of Mexico came about with the help of Filipinos who taught the Mexicans how to distill the agave plant to make the intoxicating drink using the same technology of tuba, the coconut sap wine, of the Philippines.

Now, if only enterprising Filipinos can squeeze out more creative juices to market our very own lambanog (say invent a cocktail using it and named after Manila or any place in the Philippines or invent a unique ritual like tequila's lick, sip suck) to the world and be at par with the now world-famous tequila of Mexico that came about with Filipino technology during the 16th century.

that's true. the mangoes we buy that said manila mango comes from mexico. filipinos can easily tell where their mangoes come from and how much better real philippine mangoes are. besides there are no mangoes in manila di ba?