Tried online booking with Airphil Express flight to Batanes to find out how much is the ticket price of the supposedly newest budget airline to operate the Manila to Basco, Batanes route. Here is the airfare cost of a trial booking: 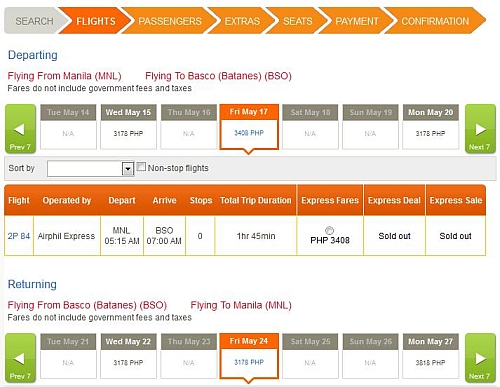 With Airphil Express Fare to Batanes = PhP8630.00 is still nowhere near the ticket prices in other destinations, it still does not belong to the typical reach of budget travelers (except those big budgeted "budget travelers")

with economies of scale and more passengers, this will go down as more passengers and tourists fly to Batanes but will have to upgrade the airport to accommodate bigger aircraft.