It was a lazy Sunday afternoon after waking up late plus late breakfast, 12 noon passed by without any plan on what to eat, usually spur of the moment home cooking but this time, Tutubi instead drove out without any destination but initially with Kansi/Bulalo or Kadyos in mind towards Quezon City's Scout area but turned back after seeing some traffic build-up. He went towards Maginhawa but his other restaurant in mind seemed to be closed until he remembered he needed to re-ignite his love for the greasy spoon: the thought of Mang Jimmy's Short Order inside the MWSS compound in Balara, Quezon City came to mind.

Mang Jimmy's Short Order is a road side eatery/restaurant on Carriedo Street, just near the rotonda with a “Bernardine” statue of a nude water bearer, which is actually a house converted into a restaurant with GI roofs with patched holes and flooring of pebbles. Unpretentious yet patronized by middle and probably upper class people looking only for great food and not the simple hole-in-the-wall ambiance of the place. Places like this- hidden yet always full of people- are the usual indicators that the place is really nice. No need for "pay to praise" blogs (the unethical blogger type) to rave about. 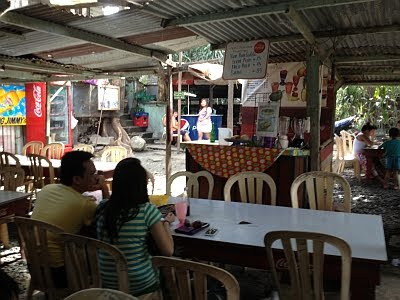 Since it was already 3pm when Tutubi got to the famous hidden frugal chow hound place in Quezon City, there were only two other tables occupied and two cars parked outside that is so unlike the place on weekdays and weeknights.

Tutubi ordered just three viands: Tapa Mix, Sizzling Sisig (their two best-sellers) and Pork Liempo plus 4 cups of rice and a liter of Coke. All of which were immediately served within 15 minutes. (Boy that was fast but probably because no other people around so that should be the case). 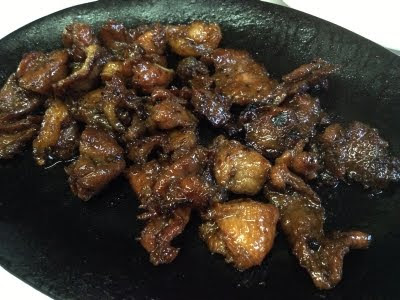 Mang Jimmy's best-seller: the Tapa Mix served on a sizzling plate. it's really yummy and tender at PhP120.00 per order 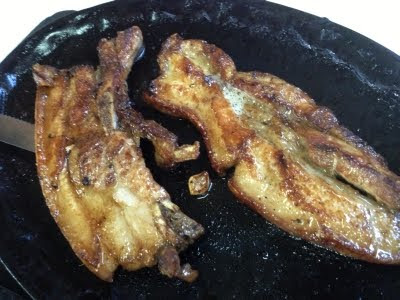 this pork liempo with PhP120.00/order price tag on the menu is bland, not recommended unless you a "less sodium diet" 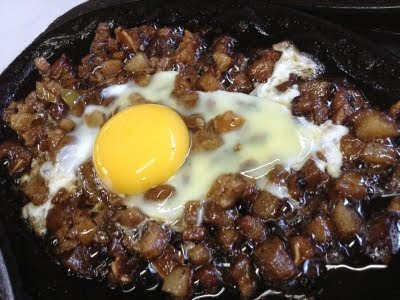 and the other best seller of the place: the sizzling sisig (pig ears and cheeks with spices), simply one of the best sisig recipes Tutubi has tasted. he tried to order another one but it was out of stock.

Food: Great tasting as advertised for the tapa mix and sisig. Their pork liempo was bland though
Service: Quick but probably due to lean hour and day, try to go there on peak hours
Price: Value for money, not expensive yet not really cheap.

Would Tutubi want to return there? You bet...it's another hidden hole-in-the-wall restaurant you'll surely love to return to, much like the students of UP Diliman (University of the Philippines), Ateneo de Manila (AdMU), Mirriam College, employees of Manila Water, MWSS, Maynilad and residents of barangay Balara frequent.

as usual, this is not a "paid to praise post" as Tutubi paid for everything in his visits

How to get to Mang Jimmy's, Balara, Quezon City:

Click here for an accurate map of Balara, Quezon City from OpenStreetMap

Driving directions from Makati, just head to C5, pass Eastwood City, Libis, pass Ateneo then after passing by Petron Katipunan gas station, look for the welcome arch of Balara, turn right then turn left when you see the statue of the lady water bearer. Mang Jimmy's is just around 200 meters from this Carriedo St.

How to Commute to Balara, Quezon City:

this is tricky as he only jeepney route that probably pass by are the UP Ikot with Balara signboard near LRT 2 Katipunan Station. at the gate of Balara, there are tricycles waiting that can take you there

I miss Mang Jimmy's! One plus one ulam pa rin ba sila?