As Tutubi saw featured on TV, when he was able to visit Marikina he went out of his way to search where Rocha's Special Puto and Kutsinta is located only to find out his friend exactly knew where it was.

Puto is a Filipino dessert (kakanin) of steamed rice cake where you can see several regional variants like puto manapla of Negros Occidental, puto Biñan of Laguna, Sayongsong of Surigao, puto polo of Valenzuela, and even the simple puto calasiao of Pangasinan 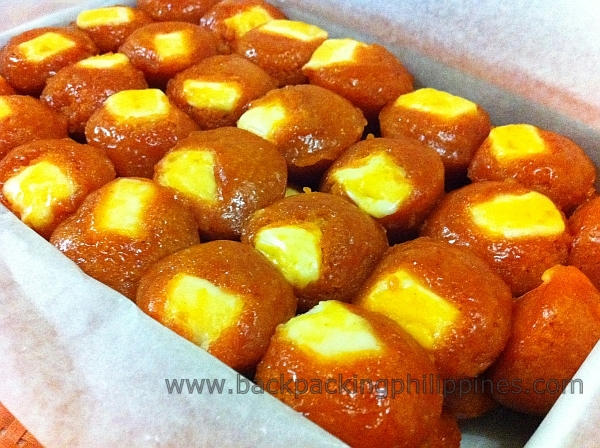 mouth watering puto marikina comes at a price of PhP110.00 for fifty pieces. 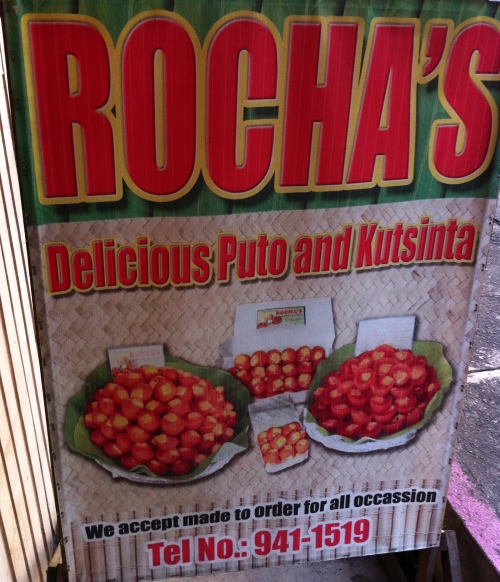 An office mate of Tutubi, a native of Marikina, claims Aling Remy's Original Special Puto Kutsinta is the first, original and the best (yes, another instance of the use Original so much like the The Original Buko Pie of Los Baños, Laguna and whose stall is just about 100 meters from Rocha's Puto along J.P. Rizal.

Tutubi was able to find Rocha's Puto along J.P. Rizal Street just between Marikina Shoe Museum and Our Lady of the Abandoned Parish Church. Down the road lies D'Original Aling Remy's Special Puto Kutsinta. (click here for a very detailed map of Marikina created by the cool folks of OpenStreetMap and other information how to get to Marikina)

Tutubi has yet to taste the Original Aling Remy's Special Puto Kutsinta to compare with Rocha's Puto so he cannot comment. What's known about the origins of Puto Marikina is actually the original makers were from Polo, Valenzuela which makes Puto Marikina progenies of the delicious puto polo.

these are very different from Puto Bumbong, Puto Seko of Laguna and even Puto Tabla in Bicol