Look! Katy Perry's latest music video of "Roar" had her, in sexy, "jungle bikini," get a glimpse of Taal Lake and Taal Volcano. The music video plot is of pop singer Katy Perry stranded in a tropical jungle after surviving a plane crash.

The music video though was not shot in Tagaytay, as the picture apparently was taken from, based on the angle of the photo world's smallest volcano located in Batangas province.

As the video explicitly says, it's "a motion theory adventure filmed in in junglescope" :)

Herewith are two screengrabs from the official video of Katy Perry's Roar on YouTube: 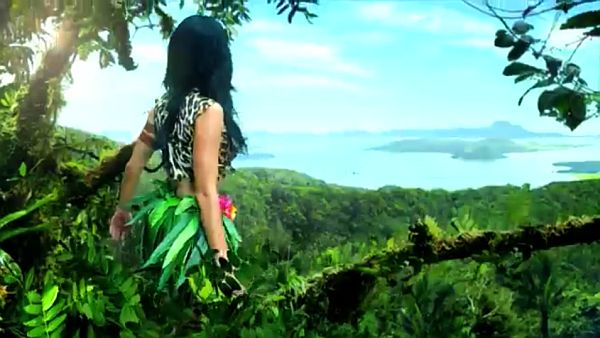 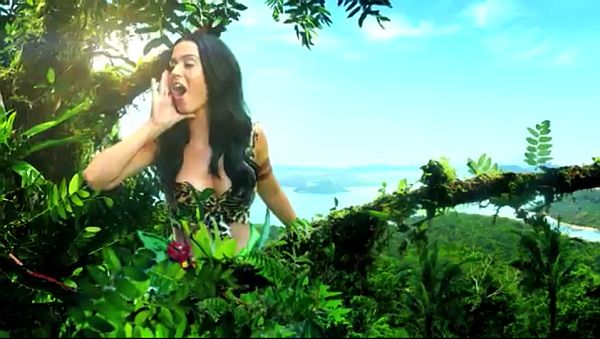 Nice to see beautiful places featured in music videos as it promotes Philippine tourism, instead of the bad image projected by others like the "Bourne Legacy," which featured the gritty side of Manila but also showcased the beauty of the island paradise of El Nido, Palawan in the closing scene.

If you're curious to see what Katy Perry saw in the video, you may want to visit this How to get to Tagaytay post where you can get the same view of Taal Volcano as Katy Perry "saw".

this is great post, my officemate told me about this news. yet he mentioned that the production is only using blue screen and not an outdoor set up for the video.

Promotes philippine tourism? Wtf, no one will barely notice it if it's not pointed out.. C'mon dont let this be one of those "pinoy pride sh*t making everyhing a big deal kind of thing".. And to the blogger oh " the bourne legacy showing the gritty side of manila?" What's wong with that? Thats the truth, why do you sound dissapointed that they feature that part? When the slums of india was featured on the film slumdog millionaire, I have never seen or heard an indian crying foul that the movie featured that part of india, c'mon thats reality and we cant hide that! Deal with it..

cel 1916, that's really just tourism marketing, noone will know unless we make a buzz, you cannot do that with negativity

i have many Indian friends because I went there and even spoke with some who visited my office, they don't like the movie, it's not even big in India itself :(