"Buwis buhay" aptly describes this Pangasinan trip straight from Zambales where almost all ingredients of Murphy's Law were present: unplanned trip, wrong turn due to unreliable information provided by a local, twenty kilometers of very rough road, vehicle was trapped on the sand of the beach and had to be helped by three locals who helped Tutubi push Scarlett back on the road then an almost empty gas tank with the nearest gas station many miles away, it's getting dark where 24/7 gas stations may not be present.

Osmena Beach and Tambobong White Beach are the hidden gems of Dasol, Pangasinan, unreachable by the usual tourists and where you can find only one beach resort (you can pitch a tent on the beach though if you're adventurous enough as a small community of fishermen lives around the area) 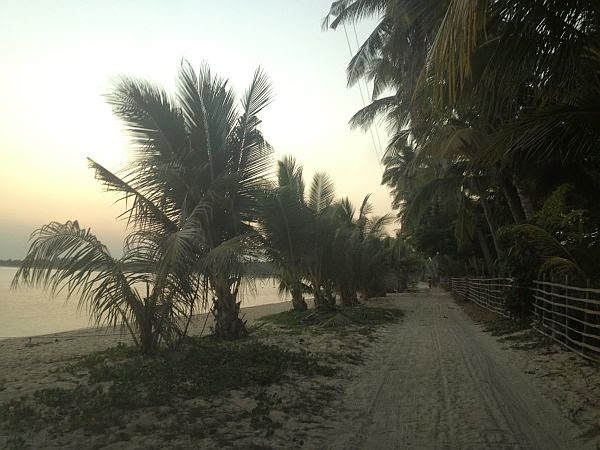 after twenty kilometers which took more than one hour from the main highway, Tutubi and Scarlett reached this road fronting Tambobong Beach. It's past 6pm and the sun's about to set 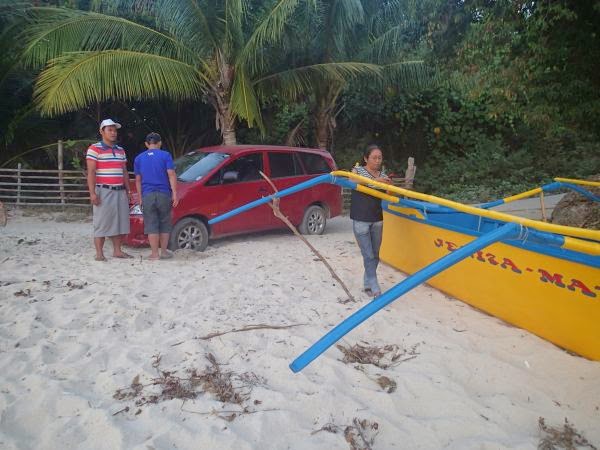 Scarlett got trapped on the sand of the beach. Backing up didn't get it. Luckily, three locals in two motorcycles passed by and helped pushed her back to the road. 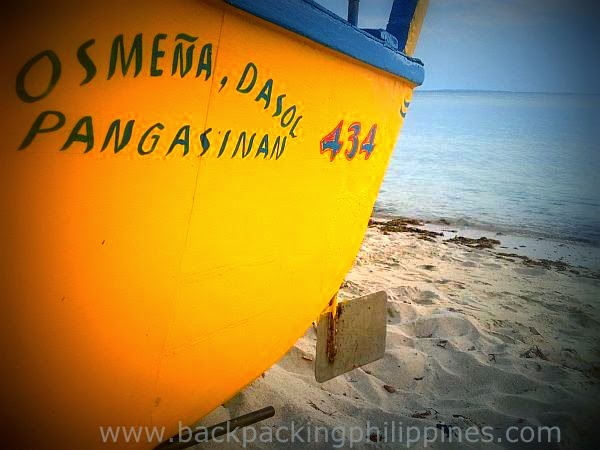 Osmena, Dasol, Pangasinan written near the bow of the banca. Notice the fine white sand? 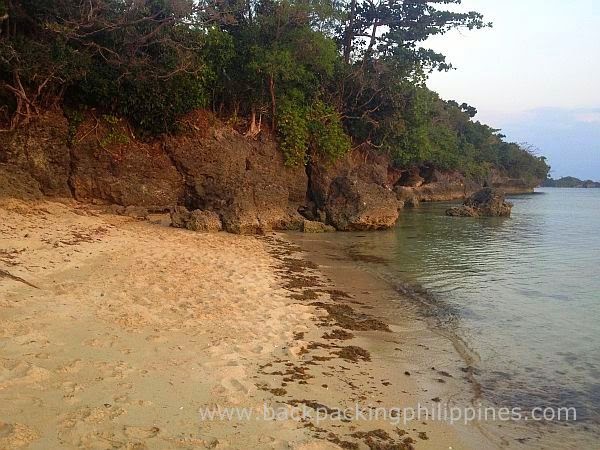 one end of nice secluded beach with coral stones and small caves, pointed out by some locals as the location shoot of several teleserye like GMA7's Dyesebel starring Marian Rivera 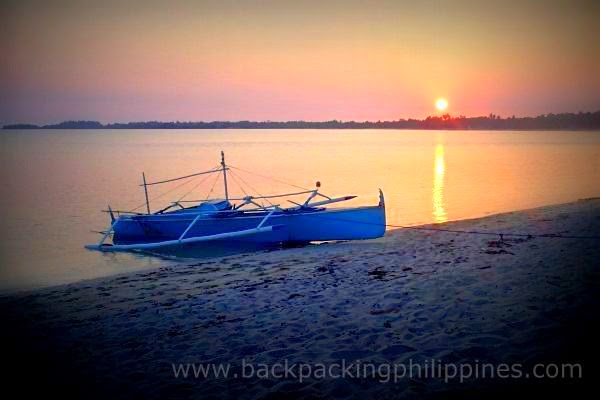 it took Tutubi more than an hour to get there but he stayed for just about fifteen minutes to take pictures. This sunset though is priceless!

Coming Up:
How to Get to Dasol, pangasinan,
Beach Resorts in Tambobong
Travel tips et al

Notes:
Tutubi truly knows Scarlett well. He can go running empty from his office in Makati to Quezon City endure heavy EDSA traffic and gas up at his favorite gas station offering EuroDiesel 4.

The wrong turn was due to right direction but very bad information by a local. Tutubi should have driven to the next town where the road is so much better even if longer.

The beach is open to the public, no entrance fee, you can actually pitch a tent there to camp overnight.