How to Get to Pasay City Hall: Map, Commute, Directions


How to Get to Pasay City Hall 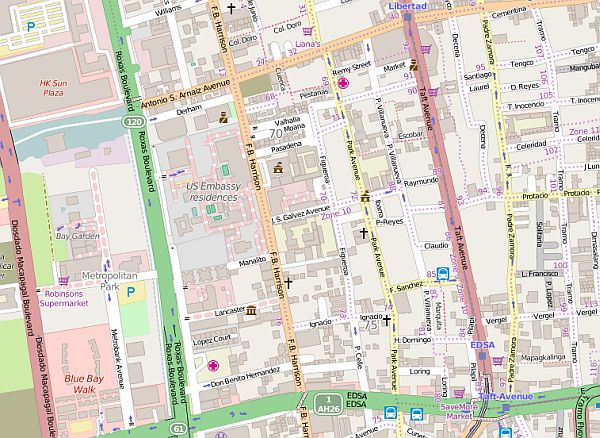 If you happen to be flagged down by the blue boys of Pasay (traffic police) for a traffic violation, particularly the notorious "no swerving" rule on EDSA u-turn slots near SM Mall of Asia (MOA), you will find yourself going to Pasay CIty Hall to claim your drivers licens (if you're not evil enough to bribe those miscreants on EDSA). Information also for mayor's permit, business permit, birth certificate, marriage certificate and other transactions at Pasay City Hall


How to Commute to Pasay City Hall

Via MRT: get off at MRT Taft Avenue station then take a taxi to Pasay City Hall or a bus to Baclaran then alight at the corner of F.B. Harrison. Take a jeepney to Quiapo, Divisoria or Sta. Cruz and alight in front of Pasay City Hall

on EDSA via bus: take a bus to Baclaran (not the one with LRT/Leveriza) then drop off on EDSA corner F.B. Harrison. Take a jeepney to Quiapo, Divisoria or Sta. Cruz and alight in front of Pasay City Hall

From Quezon City, Quiapo, Sta. Cruz or Divisoria, if you're not in a hurry, the jeepneys with signboards Baclaran/Mabini will pass by right in front of Pasay City Hall.

If you're from Cavite, just go to Baclaran then board jeepneys with signboard Quiapo or Sta. Cruz or Divisoria with Mabini (not Taft) as they pass by Pasay City Hall

easiest route to get there from Makati, Taguig, Pasig or Mandaluyong is via EDSA, past Taft Avenue then turn right to F.B. Harrison. No idea though where to park

I regularly visit Pasay for its sprawling Libertad Market, along Taft Avenue. Food items and dry wares are easily cheaper there compared to other markets.

This is very informative...