Tutubi was once asked by a foreigner about the meaning of "panahon pa ni Mahoma" heard from his Filipino friends to which he has a ready answer. The same question is now being discussed at a certain Facebook group discussing "panahon pa ni Mahoma and "Panahon ni Kopong Kopong"

In this post, we will discuss these two "times" plus another time called "noong bata pa si Sabel (when Sabel was still young)" 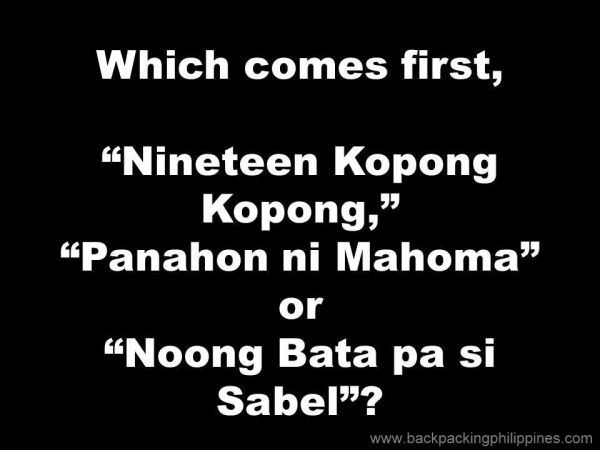 People usually associate this with Gen. Masaharu Homma, commander of the Japanese invading forces during World War 2 under whose watch the Bataan Death March happened (to which he was sentenced to die by an American court by Gen. MacArthur even if he did not order the march nor the cruelty to captured American and Filipino prisoners-of-war (POWs). He was executed in Los Banos, Laguna (the site visited by Tutubi a few months but still unblogged as of this time) and his remains later shipped to Japan and interred at the (in)famous Yasukuni Shrine in Tokyo. (Gen. Tomoyuki Yamashita was condemned together with Homma in a Manila trial and was also executed in Los Banos, near UPLB, the site of Baker Hall, a former POW camp and site of the daring UPLB dawn raid similar to what happened in World War 2 Raid at UST and Cabanatuan)

Mahoma in this expression came from Muhammad (sometimes Mohamed), prophet of Islam, who lived from the year 570AD until 632AD

Kopong is an old Tagalog word for none or zero. When you say nineteen kopong kopong, it means 1900 literally.
Somebody though should be credited for coining the funny expression "panahon pa ni Kopong Kopong" which stuck though.

Literally means "when Sabel was still young" but who's Sabel? It's not about an old movie (that Tutubi has yet to see)

Sabel refers to Queen Isabella II of Spain who ruled Spain from 1833 to 1868. Her name is tied to the history of Bank of the Philippine Islands (BPI) which was founded in 1851 as El Banco Español Filipino de Isabel II (Spanish-Filipino Bank of Isabel II).

The province of Isabela in Cagayan Valley is also named after her, a gate of Intramuros called Puerta de Isabel II near the Bureau of Immigration and National Press Club and the the Bridge of Isabel II in Imus, Cavite completed in 1857, the site of the Battle of Imus River in 1896.

Queen Isabella II is also "to blame" for the Filipinos use of word "pera" to refer to money instead of the Spanish word dinero for money or treasure. 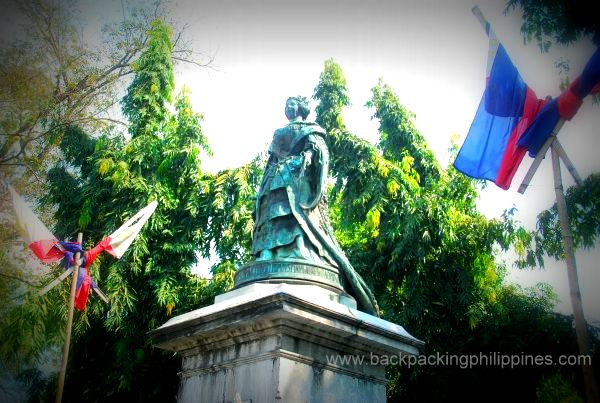 
According to Ambeth Ocampo, "the late Alejandro Roces who said that “pera” originated from the coins that carried the profile of Isabel II whose legitimacy was challenged by her uncle Carlos, resulting in the so-called “Carlist Wars.” Roces maintained that Isabel’s detractors referred to her as “La Perra” (The Bitch), hence the coins that bore her image became known as “perra,” a name that caught on to become our “pera.”

There you go, wo you now know which dates comes first "Nineteen Kopong Kopong," "Panahon Pa ni Mahoma," Or "Noong Bata Pa Si Sabel" plus the origin of the pera (money) in Filipino language :)

Photo Cache, yeah, not much time to update even roam around these days. just trying to cope up and maintain as much as I can :(