Ten years ago, Tutubi first set foot on Singapore soil in a company-sponsored training. He was able to roam around the squeaky clean city, walking alone from Marina Mandarin, away from his officemate who preferred to go shopping, without a definite walking tour itinerary. He came upon various heritage buildings and structures including the statue of Stamford Raffles near the river, the Asian Civilizations Museum, Cavenagh Bridge, Fullerton Hotel, Supreme Court and the Arts House

Only on the years after his first trip did he realize that he somehow retraced the path that Jose Rizal took on his first day in Singapore, his first foreign trip and stopover en route to Spain to continue his studies in medicine in May 1882. He was only 21 years then and visited Singapore 5 times. 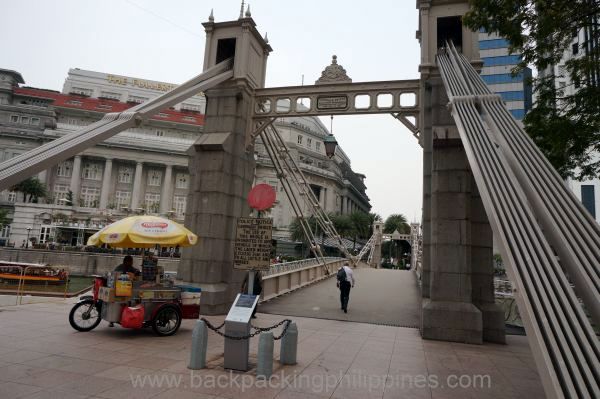 the Cavenagh Bridge that Rizal crossed. Open only to light vehicles. Notice the ice cream vendor too (Photo taken in 2015) 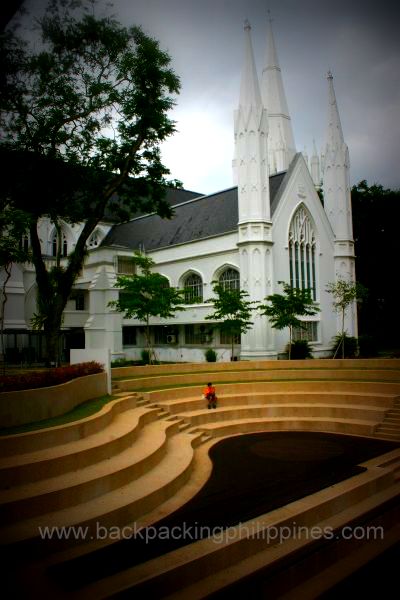 St Andrew's Cathedral on St. Andrew's Road that Rizal described as a “Protestant church in Gothic style" in his diaries/ travel journal is like blogging in those days (Photo taken in 2006) 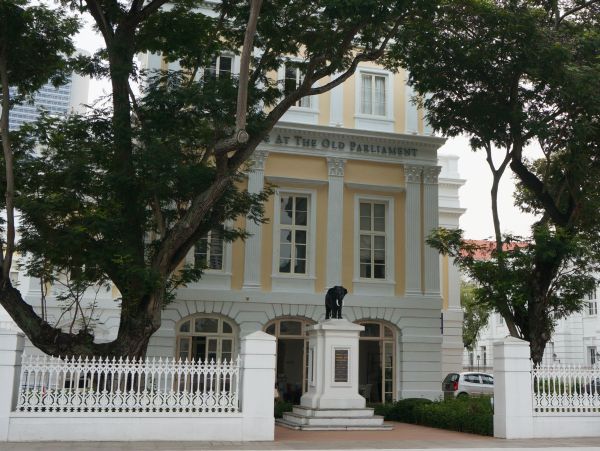 The Parliament Building, now the Arts House, that Rizal mistaken as "the Palace of the King of Siam" with an elephant monument. The elephant was actually a gift from the King of Thailand (formerly Siam)

Sometime ago, in recognition of Singapore's role in Philippine history, the National Heritage Board of Singapore installed a historical marker near the Asian Civilizations Museum 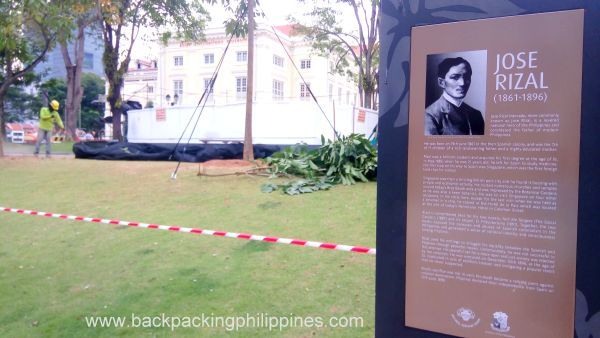 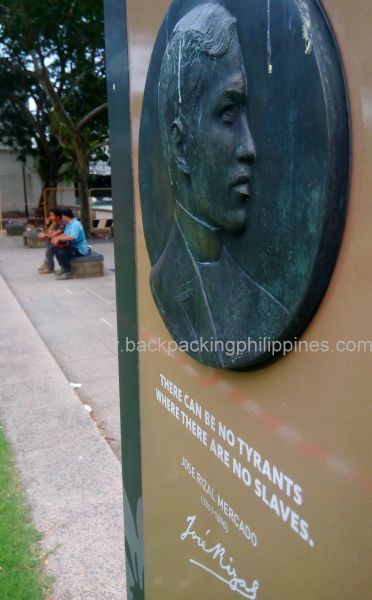 Jose Rizal stayed at Hotel de la Paix on Coleman Street, demolished in the 1960s, now occupied by The Peninsula Hotel. On the second day of his stay, he visited theSongapore Botanical Garden, a future destination of Tutubi

In November 1896, Rizal passed by Singapore on the way home to the Philippines as a prisoner. His brothers petitioned Singapore authorities for a write of habeas corpus which was denied. He was executed by Spanish authorities on December 30, 1896 in Luneta, now part of Rizal Park in Manila.

I can't find another comment section or how to contact you but I want to let you know that your Links page is not working. :)