Boeing 777-300ER Took Me to Pamukkale in Turkey

I love travel and flying, airplanes and UNESCO World Heritage Sites. While I was trying to satiate my curiosity on what is currently the world’s largest twin jet used by commercial airlines for intercontinental flights that I initially thought belongs to the relatively new Boeing 787 Dreamliner

My search led me to the huge Boeing 777 as the “big brother” of the Dreamliner, commonly called the “Triple Seven” that can typically seat around 300 to 400 passengers, Boeing’s first fly-by-wire aircraft and said to be the first one designed entirely using computer aided design (CAD).

Boeing 777 has a newer variant launched a few years ago, the B777 -300ER, with ER designation for extended range. On my next search of airlines using a fleet of B777-300ER, several airlines were shown on the search engine results page with the world’s biggest airlines but one photo stood out for me: Turkish Airlines 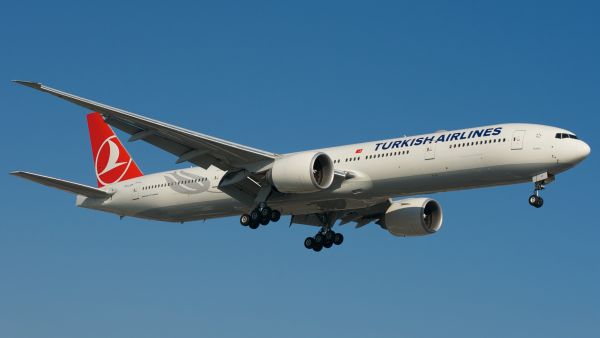 Turkish Airlines got my attention because Turkey is really on my “bucket list of places to visit before I die.” The country’s land mass straddles two continents—Asia and Europe, one of only three other countries that have land masses in two continents, the others being Egypt and Russia
Turkey is also a gateway to Europe where Asia meets Europe, where you can find ancient ruins of the Roman Empire (the Grandeur That Was Rome) and remnants of Greek history and influences (The Glory that was Greece) in what was then taught in history as a place called Asia Minor. Even the biblical city of Ephesus and the ruins of city of Troy, often portrayed in Hollywood movies can be found in Turkey.
Turkey, actually, has 17 UNESCO World Heritage sites where I’m mostly interested in a natural wonder, besides the historic sites, called Pamukkale travertine pools in the heritage city of Hierapolis. 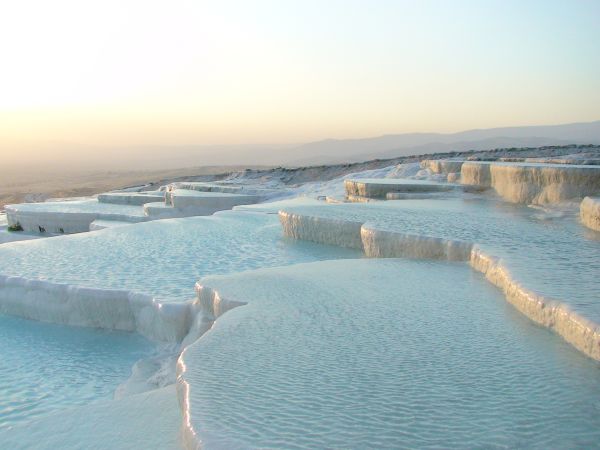 Image Source: Wikimedia Commons
Pamukkale's (literally “Cotton Castle” in Turkish) terraces are made of travertine, a sedimentary rock deposited by water coming from the hot springs. The ancient city of Hierapolis is built on top of the terraces.

Someday, I’ll be able to visit Turkey to visit historic sites, partake of its food and dip my tired feet in the hotsprings of Pamulakke.

How to Get to Pammukkale Thermal Pools, Denizli, Turkey:

First, you need to fly to Turkey’s Istanbul Airport where the national flag carrier Turkish Airlines fly regularly from 175 countries around the world.
Pammukale is located in Denizli Province in southwestern Turkey. From Istanbul, you can take a direct overnight bus ride that takes about 10 hours
Alternatively, from Istanbul Airport, you can take a connecting flight to Denizli-Cardak Airport where Pamukkale can be reached after a 20 minute taxi or minibus ride and 10-15 minutes walk