Cebu Pacific's new direct flights from Manila to Caticlan and Cebu to Caticlan is now live. From Caticlan, the world famous beaches of Boracay is just a short boat ride away.

Last December, Tutubi availed of the famous Piso Fare of Cebu Pacific to get low cost, short travel time to Boracay Island. He came to explore Boracay Island's hidden wonders the usual visitors of the Philippines' most famous tourist destination don't get to see. 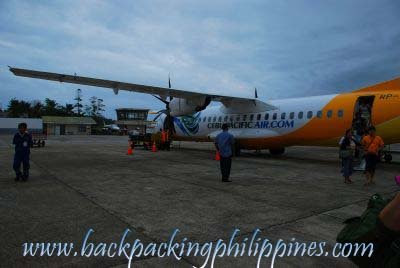 Picture of ATR 72-500 plane on disembarkation 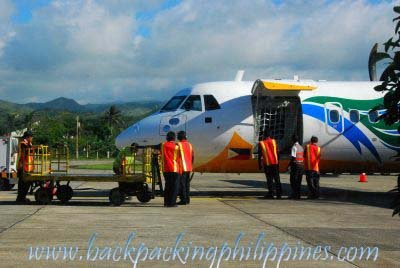 The spanking new ATR 72-500 aircraft still smelled like it has just been taken out of the factory. Arranged with 19 rows and 4 columns, passengers were made to occupy front, middle and back rows to stabilize the aircraft. Stabilization also includes weighing of passengers with their carry-on baggage (this is similar to Tutubi's SeaAir flight to Busuanga in 2004). Passengers were requested to deplane by rows starting at the back rows, still, for plane stabilization purpose.

The best part of the flight, Tutubi's favorite, were the in-flight games where the cabin crew asked trivia questions from passengers and gave away nice shoe bags courtesy of Sun Cellular. It's unprecedented that Tutubi was able to win two shoe bags; one for each flight of his round-trip ticket! 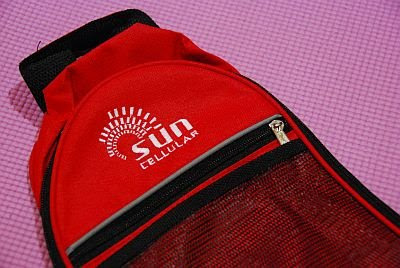 This will be the first of a series of the wandering Tutubi's Budget Boracay with a Blast and also the first field assignment of his new Nikon D80 camera with Nikon 18-200 VR lens :P

Other Information on Cebu Pacific Flights to Caticlan:

Daily Flights from Caticlan to Manila

Daily Flights from Cebu to Caticlan

Daily Flights from Caticlan to Cebu

The fares ain't too bad.

Good luck with the new camera.
Great that you won on that flight!

Hey, I'm really interested in this. It's great to be able to go to Boracay through a budget airline. Haha... cool shoe bags you got there Tutubi! :)

This is so great! Going to Boracay now becomes much more affordable and faster.

you must be really fast in raising your hands to answer the trivia questions :)

how much is the air fare for caticlan?