For people looking forward to visiting Palawan, here's the latest fare and rates information to expect when traveling in Palawan using public transportation, plus other tips gathered by Tutubi when he visited Palawan a few weeks ago.

At San Jose New Market, you can ride jeepneys, buses and vans to several points of Palawan.

Puerto Princesa to El Nido: vans, travel time around 6 hours.
Fare: PhP700.00 (best to be at the van terminal before 10am) 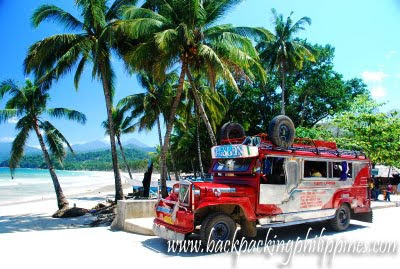 a jeepney in Sabang waiting for passengers to Puerto Princesa city proper. Ride the same jeeps when going to Honda Bay from Sabang 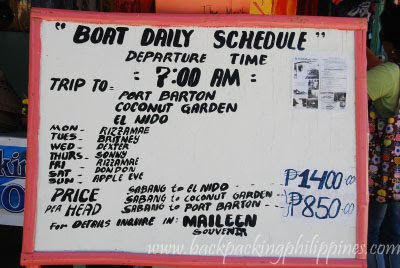 Note: Prices, Costs and Fares may change without prior notice, mainly due to skyrocketing gasoline prices. Expect fare hikes anytime soon. Tutubi will update this from time to time by calling his friend in Palawan (sorry, can't post his contact number here for privacy)

Hi! Thanks for posting this! I can't find a lot of info on this. My cousins and I are interested on taking the boat from Sabang to El Nido.

Thanks for this post. It is indeed very helpful for people who wanted to go to El Nido. Thank you for promoting tourism in El Nido. :)

I wonder if the boat operator is permanent at Sabang? I'm planning a trip in end March

I'm also wondering if the operator is permanent. Looking forward to booking a boat trip from Sabang to El Nido in end March

do you know the travel time from el nido pp to Underground river via van? will it be really an 8 hour drive?