Tutubi's helper went home to Iloilo for a one week, paid vacation and also RORO bus fare (it's her choice, Tutubi's willing to shoulder the round-trip airfare but her sister inisted they take the long, sea-going bus ride unlike her other helper who takes the round-trip flight to/from Cebu via Cebu Pacific. One of the ways to keep the loyalty of maids/helpers/yaya/kasambahay as dedicated ones are really hard to find)

The information you will see on this post is about the Araneta Center Bus Station where several bus lines going to the provinces
mostly going south to Visayas and Mindanao can be found for lack of dedicated bus terminal accessible to the commuting public. This bus terminal will, hope it's soon, be replaced by the Southwest Bus Terminal serving Cavite and Batangas (including Tagaytay), North Bus Terminal (no final location but it's either the site of Manila Seedling Bank, UP Diliman near Commonwealth or temporarily at Trinoma (stupid, Tutubi thinks) and by the South Bus Terminal (probably at FTI Complex in Taguig) to serve all southbound buses not served by the Southwest Terminal 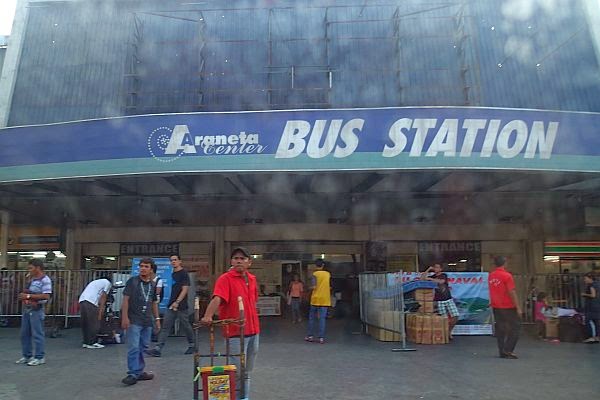 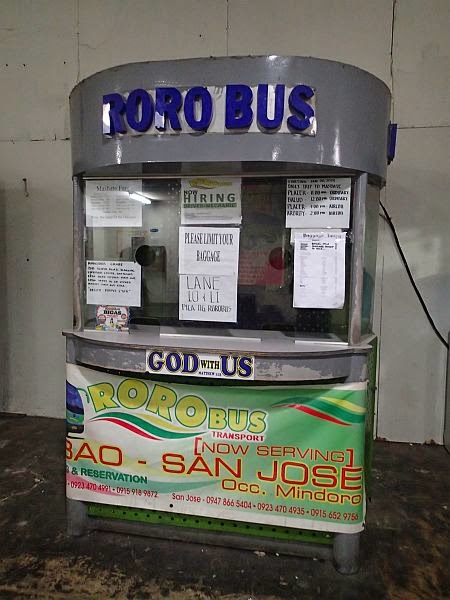 The RORO Bus booking counter where you can reserve bus seats to Masbate and San Jose Occidental Mindoro. Several other counters like this can be found at Araneta Center Bus terminal for bus ticket bookings and seat reservations. You can see bus telephone numbers on the kiosks

Note: this post will be updated to reflect bus company contact numbers, bus routes/destinations and fares, once available.
This bus terminal is full of people in peak times like Holy Week (particularly Holy Wednesday and Hoy Thursday), Christmas, New Year and All Saints Day

How to Get to Araneta Center Bus Station:

It's accessible via MRT Cubao -Araneta Center Station or LRT 2 Cubao Station. EDSA buses pass by the EDSA Aurora Boulevard where you need to walk to the place behind Shopwise. All jeepneys with signboard Cubao can also take you to the place.