Tourism sites often list the Homma - Yamashita Shrine in Los Banos, Laguna as a tourist spot yet you cannot really find any information about it, even asking supposedly tourism personnel at Laguna Tourism went for naught several times.

Tutubi, in typical spur-of-the-moment fashion, en route to Paete from Makiling Onsen Hotel suddenly thought of finding Yamashita's treasure along the national highway and turned to Jamboree Road going up to Mt. Makiling and UPLB and asked several people and tricycle drivers where to find the long, lost treasure of Gen. Tomoyuki Yamashita, the Tiger of Malaya, conqueror of the "impenetrable" Singaport and commander of the defense of the Philippines during the closing months of World War II in the Philippines

After a few hits and misses, Tutubi was led to a narrow that was too narrow for Scarlett (his ride) to enter so they went on foot. Further asking around from locals led him to the caretaker of the shrine who opened the locked gates for him 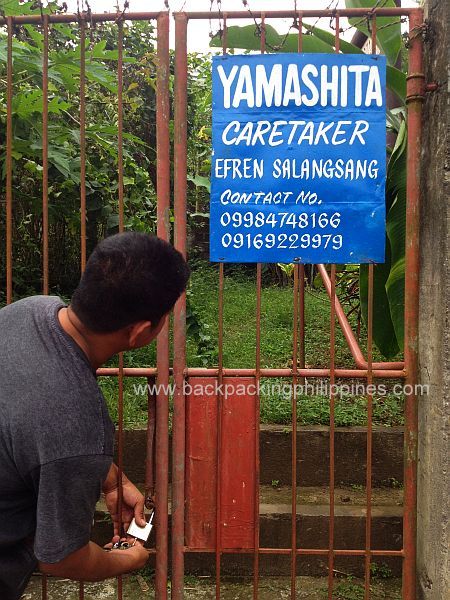 the locked gates of the execution site of Gen. Tomoyuki Yamashita, with contact number posted on the sign 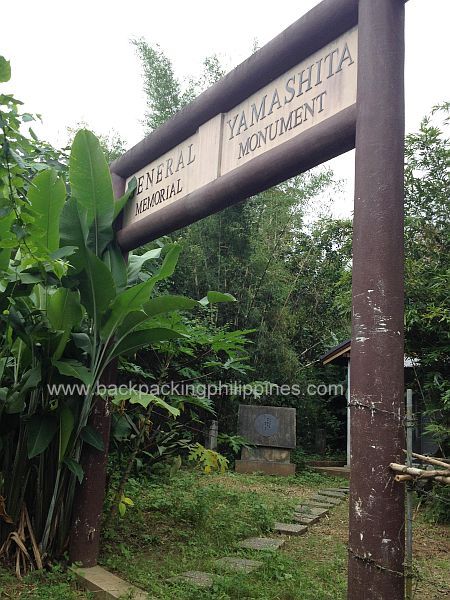 the arch of the Memorial Monument of General Yamashita

Yamashita came to the Philippines on October 10, 1944, a few days before Gen. MacArthur landed on the beaches of Leyte (in a scripted and heavily practiced landing actually for propaganda purposes) and surrendered to the Americans in Kiangan, Ifugao (a future destination of Tutubi) then was tried in Manila from 29 October to 7 December 1945 by an American military tribunal for war crimes relating to the Manila massacre (that Tutubi thinks really was not his fault at all)

On 23 February 1946, at this site in Los Baños, Laguna Yamashita was hanged. His final words were “As I said in the Manila Supreme Court that I have done with my all capacity, so I don't ashame in front of the gods for what I have done when I have died. But if you say to me 'you do not have any ability to command the Japanese Army' I should say nothing for it, because it is my own nature. Now, our war criminal trial going under your kindness and right. I know that all your American and American military affairs always has tolerant and rightful judgment. When I have been investigated in Manila court I have had a good treatment, kindful attitude from your good natured officers who protected me all the time. I never forget for what they have done for me even if I had died. I don't blame my executioner. I'll pray the gods bless them. Please send my thankful word to Col. Clarke and Lt. Col. Feldhaus, Lt. Col. Hendrix, Maj. Guy, Capt. Sandburg, Capt. Reel, at Manila court, and Col. Arnard. I thank you." 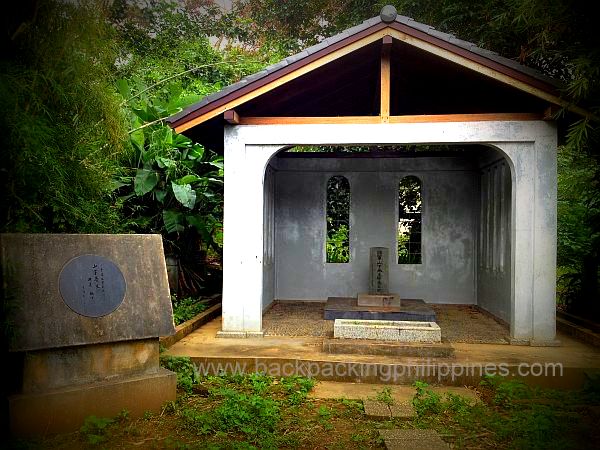 the simple, minimalist shrine for Gen. Yamashita where he was executed.

Closing up with the tomdstone marker, it's amazing that Tutubi can stillr read basic kanji he learned in Nihongo class in college after all these years. The third kanji character means "Yama" which means mountain in Japanese and the fourth character was "Shita" which means under or below in Japanese. Yamashita in Japanese loosely means "under the mountain" or at the foot of mountain. 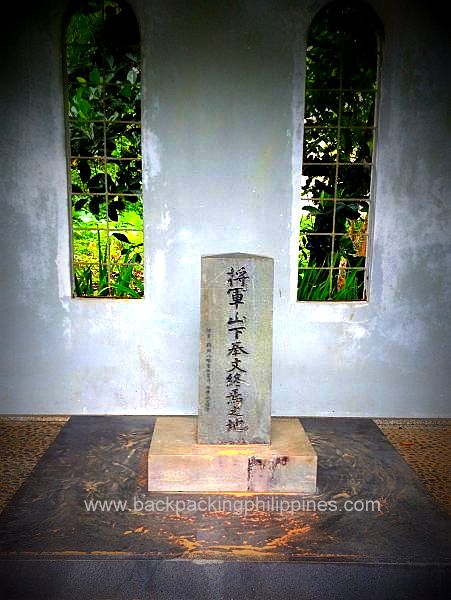 How Tutubi wishes to read the whole inscription but can only read two kanji characters. Tutubi intends to also visit the Yasukuni Shrine in Japan to find the "Yamashita treasure" buried there based on maps used by treasure hunters

Gen. Yamashita was buried at this ssame site but was later transferred to the (in)famous Yasukuni Shrine in Tokyo, Japan where Class A war criminals of Japan are interred.

the execution site of Gen. Masaharu Homma, the man hanged for the atrocities of the Bataan Death March

If you need a map of the shrine, Tutubi already updated OpenStreetMap for your reference. You can just set your GPS to the site and avoid the difficulty (yet fun) of finding it. It's near DOST Region 4 Office and Los Banos Community National High School and at the end of Yamashita Road

How to get there:
Take a DLTB or HM Transport/GreenStar Express on EDSA, Cubao or Taft Avenue, Pasay City with signboard Sta. Cruz/Calamba. Request the conductor to drop you off at Jamboree Road and new Los Banos Municipal Hall (munisipyo) then take a tricycle to the shrine.

lastly, Tutubi thinks the Yamashita Treasure is an urban legend, a hoax. even the Golden Buddha supposedly found by Rogelio Santos and later acquired by Ferdinand Marcos. There's just no proof of its existence, only gossips. The golden Buddha too, if real, should've been reported as a lost treasure by an asian country.